At the end of summer -so I imagine- I look back over the last months with satisfaction. I once more took wing, with a lightly planned trip to Holland for a month.

Along with the hopes of seeing some relics from long ago in collections, I was curious about modern day textile/design exchanges at Vlisco, a company in the Southern town of Helmond best known for furnishing high quality fabrics to those very discerning ladies-who-dress in Africa. I'd been introduced some years back by my good friend, Roger Gerards, the creative director there for ten years.

Everything aligned. For me, the continent of Africa is still mysterious. When I told Roger that he had my dream job: three weeks a month at a beautiful design studio, and the fourth week spent visiting various markets in West Africa for updates on local whimsies of that moment, I was not exaggerating. It was the obverse of my work collecting beautiful textiles from the faraway to serve as inspiration for fabrics in Europe and Japan.

So in late June I took the train down south to revisit Vlisco and catch up. I was fortunately able to book a meeting with Ruud Sanders, the chemist turned archivist who had single handedly organized the chaos of more than a century of production into a wonderful repository. The space is huge and it contains many trade records, old swatch books acquired from other Dutch companies exporting to the same markets, lengths of cloth produced by Vlisco over its 170 years of production, and even a range of garments for its recent runway shows. There are also antique batiks from Java.

Above photo: Javanese samples from the Vlisco archives

Above photo: Old stamps used in the secret “wax” process

At the beginning, Vlisco produced cloth for export to its colony in Indonesia. They didn't keep swatches then, but rather lengths of the fabrics produced in evolving secret technologies imitating the wax-look of real batiks. Over time the demand for these goods for Java diminished, but in 1895 Ebenezer Brown Fleming, a merchant from the U.K., had the foresight to gather some of the glut from both Dutch mills and several in Manchester and redirect them to the colonies in Africa. There followed many successful decades as the traditional patterns from Java, locally called “wax,” were augmented by many topical local subjects in the various markets served and the export business flourished, even as the industrial edge of European manufacture was challenged by local production.

Above photo: Garment made from Vlisco fabrics, part of an effort to be included in high end runway fashion

The very able historian, Helen Elands, gave me an overview of this history. Her essay will appear in the upcoming catalog for “African Fashion Now” at the Fowler Museum in Los Angeles, opening March 2017.

It’s always fascinating for me to see archives and compendiums of other people and compare systems and interests to our own at Textile Hive. In fact, “The Keeper,” on view at the New Museum in New York through September 25th, offers many beautiful visions.

But the vibrancy of the African wax designs is special.  I am excited to see more of these wonderful prints at “Creative Africa,” on view now at the Philadelphia Museum of Art,  and next spring’s show at the Fowler Museum in Los Angeles. 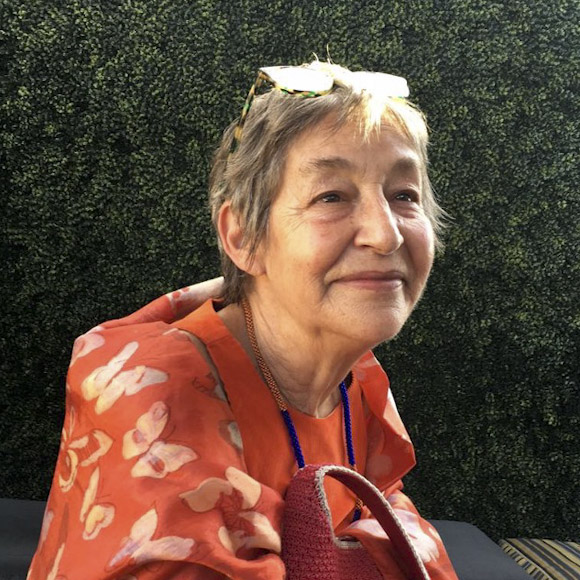 Based in New York City, Andrea is the co-founder Textile Hive a physical, digital and contextual platform for interacting with her 40,000 piece textile design collection. Andrea Aranow is also the the founder of Textile Documents a collection of traditional ethnic textiles including kimonos, ponchos, quilts, and other important textiles for display.